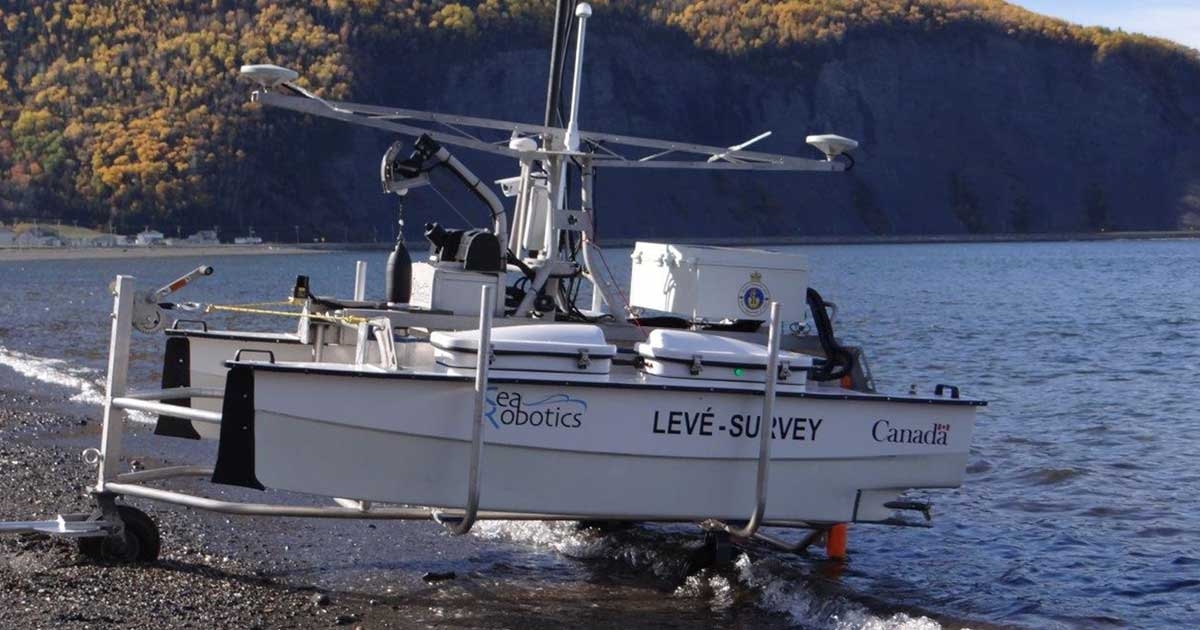 The SeaRobotics USVs are being deployed across Canada supported by regional training performed by SeaRobotics. CHS has completed the first year of operation and the analysis of the efficiency and cost effectiveness of USV usage. A profile of high-productivity, cost-reducing activities is being developed for both traditional survey tasks and survey tasks in previously denied, and currently unsurveyed, areas.

“We are pleased to be supporting CHS in their deployment of state-of-the-art USV technology. The 2.5 meter USV is one of the smallest systems capable of practical, general purpose MBES deployment,” stated Don Darling, president of SeaRobotics Corporation.

SeaRobotics Corporation, headquartered in Stuart, Florida, specializes in small, smart vessels that are remotely or autonomously operated. Its clients include major military and commercial organizations, both U.S. and foreign. SeaRobotics' seasoned marine survey software interfaces with most data acquisition hardware, software and sensing systems to produce multi-spectral, DGPS-stamped data for survey, research or surveillance efforts. Applications for SeaRobotics vessels range from bathymetric and hydrographic surveys to coastal, harbor, and riverine surveillance. Many SeaRobotics vessels are small, modular and man-portable, allowing rapid deployment in remote areas or deployment by larger vessels; their command and control systems are user-friendly and compact allowing backpack mobilization.