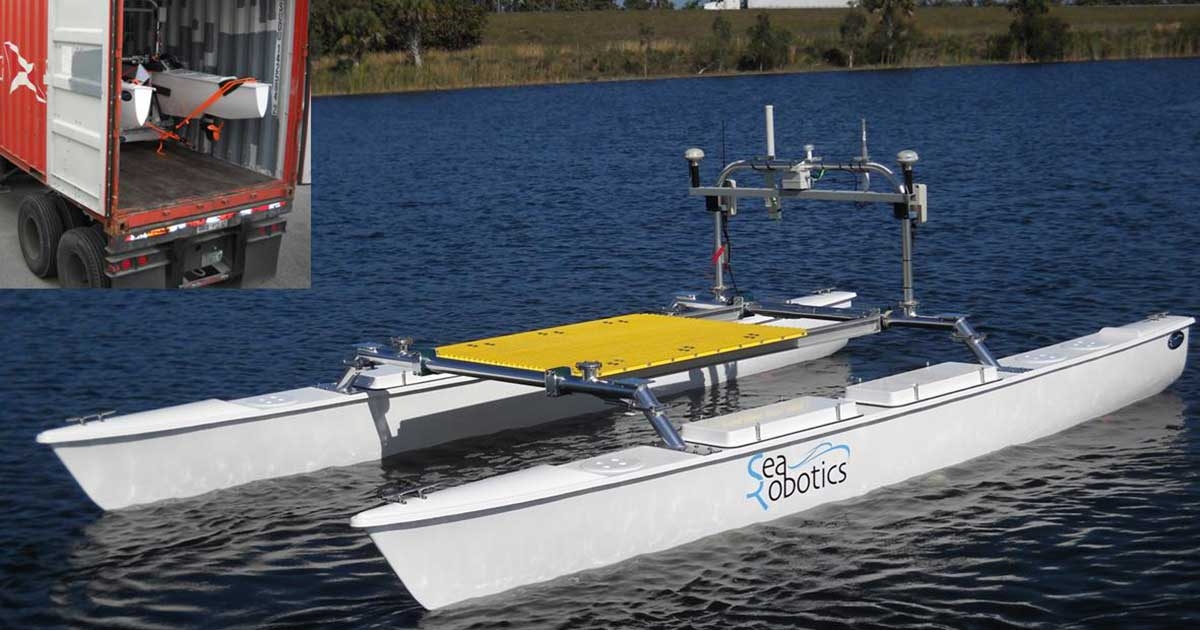 SeaRobotics Corporation has delivered an Unmanned Surface Vehicle (USV) in their 5.7-m hull series to the NATO's Center for Marine Research and Experimentation (CMRE).

This general purpose USV will be utilized to improve payload capacity and efficiency of the impressive, fully autonomous, mine neutralization system developed at CMRE. With over 350 kg of payload, the ability to be configured as an all electric, or as a diesel electric hybrid system, it ability to reach speeds in excess of 5 meters/second, and providing a substantial payload deck, the 5.7 meter system will excel in numerous applications. Enhancing its role in mine neutralization operations or many other tasks, the system can ship worldwide in a standard 20 foot container. The engineered boat trailer doubles as a shipping cart and allows transport of the exceptionally stable USV at a reduced beam on the road or in a container.

"We are pleased to support NATO's mine countermeasures project at CMRE. This complex, fully autonomous system integrating a USV, AUV, and acoustic imaging, with advanced autonomous behaviors is truly extending the state of the art and we are happy to be involved," stated Don Darling, President of SeaRobotics.

The Searobotics product line of USVs includes both 5.7-m and 11-m as well as arctic operations experience.