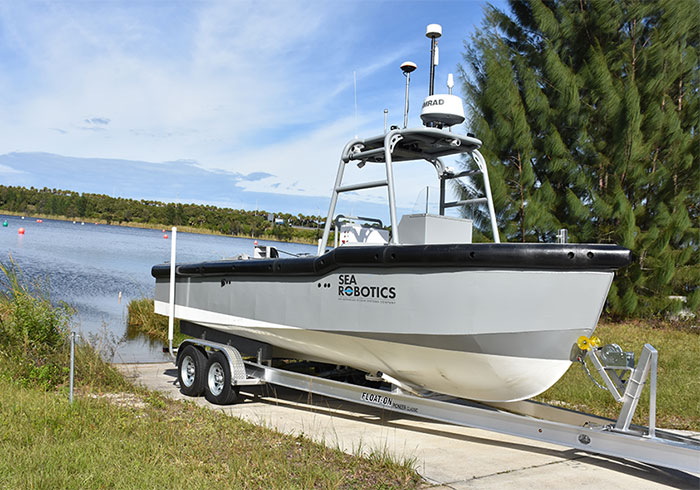 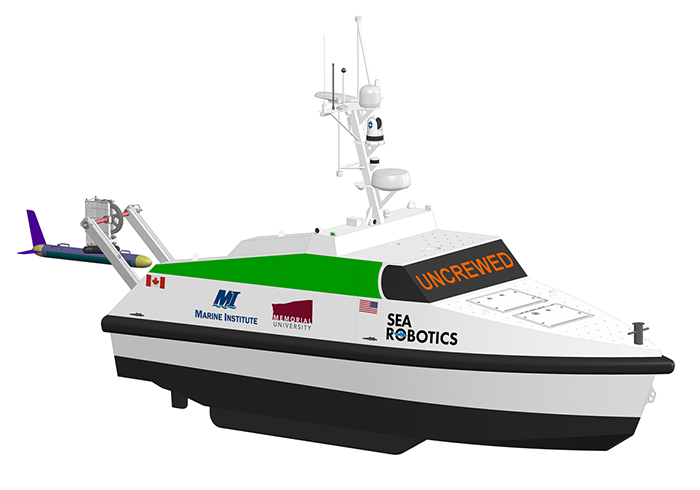 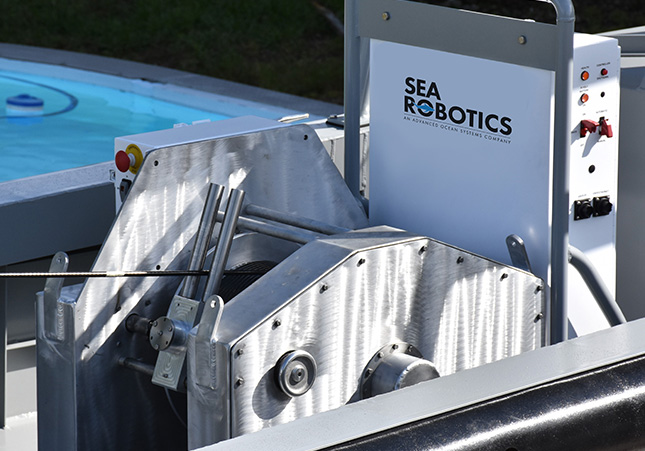 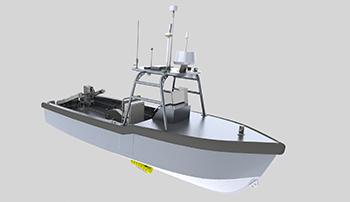 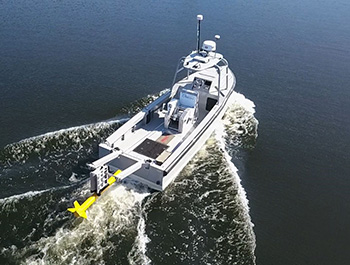 SR-Endurance 7.0—is our aluminum workboat class multi-mission ASV, suitable for a range of coastal and offshore operations. The SR-Endurance 7.0 has diesel-electric hybrid propulsion (allowing for a quieter operating mode needed for acoustic research), an automated A-frame boom type launch and recovery system (LARS) and can be operated as a manned or unmanned vessel. The level of autonomy can be configured per mission. Autonomy levels range from remote control (no intelligence/man in the loop), basic (minimal intelligence), mature (manned oversight), and advanced autonomy (man out of the loop/full automatic mission implementation).

The LARS utilizes an aluminum electric winch, and instrumented overboarding sheave, a constrained docking head with home sensor, and an instrumented boom assembly driven by a closed loop hydraulic unit. The LARS is sized to allow for deployment of a small ROV system, such as the SAAB Seaeye Falcon. The winch pull force, boom lateral and vertical clearance, as well as the clearance over the transom, are designed to accommodate ROV deployment. For survey applications, the interface works seamlessly with HYPACK and QINSy, allowing for real-time survey planning, execution, visualization and post processing hydrographic datasets.

Our recently launched SR-Endurance 8.0 model features an exclusive hydrographic winch coupled with a simple A-Frame over-boarding assembly, including an instrumented over boarding sheave capable of launching and recovering additional ride-on assets, such as ROVs. The system is equipped to deploy various towed instruments, or 100 kg deployable payloads.

MBESs, DVLs, ADCPs, USBLs and acoustic modems can all be deployed through the moon pool, while HD, full color video cameras provide a 360-degree field of view in daylight and low light operations, while also feeding the image-based obstacle detection and classification system.

The SR-Endurance 8.0 can carry out uncrewed missions of up to 14 days, uninterrupted, making it the ideal platforms for conducting offshore inspection, ocean research, and ongoing marine surveillance operations.